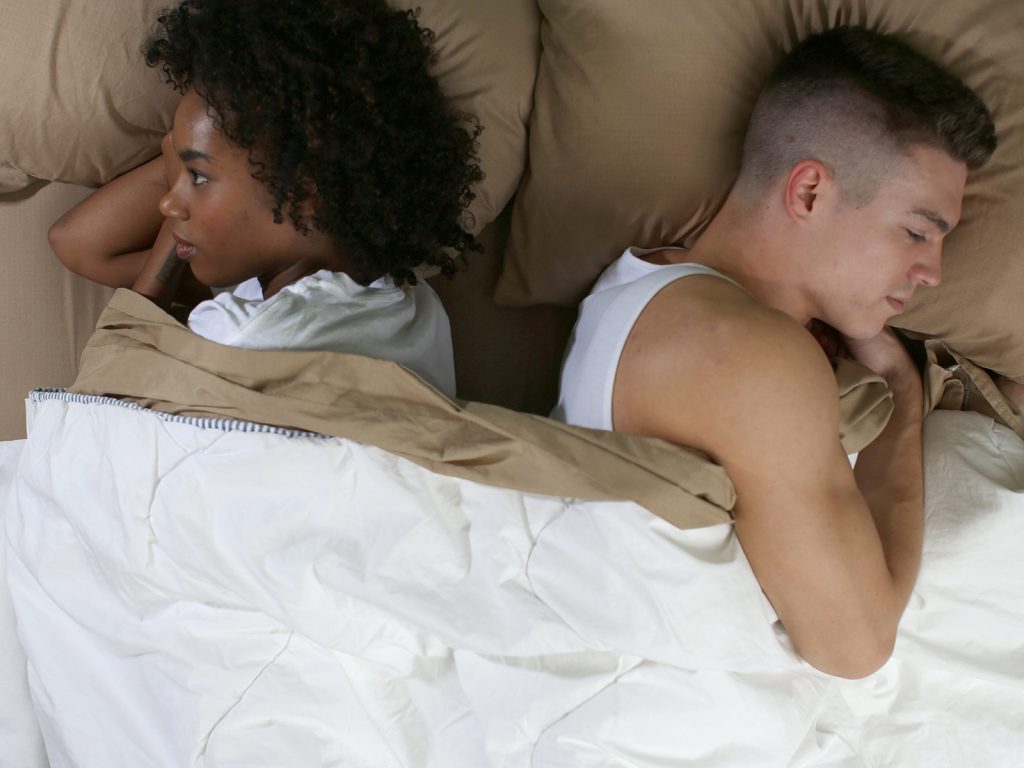 You may think you can finally retire the dating apps because you found a great guy you feel you could commit to, but you also have a sense that things feel a bit “off.” Maybe he insists that he loves you and wants to be with you, but his words just don’t match his actions. Here are 11 signs that he isn’t as committed as he claims to be.

A guy who’s serious about being with you for the long haul will be eager to weave you into as many components of his life as he can, both current or future, even with seemingly insignificant things. He’ll take you into account when he makes decisions. Would he prefer spending the weekend with friends, without you? If he leaves you out of his plans or doesn’t seem to care about what you think about them, he’s waving a red flag that you should stop ignoring.

It’s perfectly fine to discuss the weather or your local sports team’s latest win. But your relationship won’t mature if you don’t delve into the deep stuff, too. If he avoids discussing significant issues like feelings, career and other goals for the future, or your childhoods with you, he probably isn’t interested in forging deep or enduring emotional ties with you.

Who does the majority of the work to make the relationship interesting, or to keep their partner happy? The effort should not be one-sided; there should be an equal balance. If he just takes and takes without ever giving, he’s certainly not as committed to you as you may have hoped.

If you feel as though he gets anxious or shows signs of fleeing when you want to talk about a future together or other serious topics, he’s not as serious about committing to you as you thought he was.

In a healthy committed relationship, both partners put in the effort to be present in each other’s lives. So, it’s a significant problem if he can go days or a week without talking to you or telling you that he’ll be off-grid. Keep an eye on how he reacts if you don’t initiate contact with him for a few days.

Are you constantly reminding him of everything? He probably doesn’t care enough to remember them. It could be anything from date nights, anniversaries, and things you expect him to do, to details about your career, how you prefer your coffee, or even your dietary restrictions. If he doesn’t remember things that are important to you, you need to figure out where you actually stand with him.

He may tell other people you’re a couple and insist to you that he’s committed, but if he restricts you to minor corners of his life, that’s a red flag you need to pay attention to. He’s withholding himself from you if he doesn’t share significant aspects of himself with you.

A man who’s serious about committing to you will make certain that his actions clearly show it. He’ll call, text, and take the initiative to get together with you. He won’t be hot one moment and hang you out to dry the next. He won’t make you wonder where you stand with him.

You haven’t met his family and friends yet, and you aren’t even sure they know you exist. If it feels as though he keeps you separated from the important people in his life, or regularly prioritizes them above you, he probably isn’t taking your commitment seriously.

Physical connections and sexual attraction are important, but in a healthy committed relationship, they won’t be the only ways you connect with your partner. If he’s serious about you, he’ll want to spend time together and get to know you both inside and outside of the bedroom.

A guy who’s committed to you won’t snoop around on dating apps anymore, and won’t keep flirting with other women. He’ll focus on building what he has with you. He wouldn’t even consider trying to keep other options open.